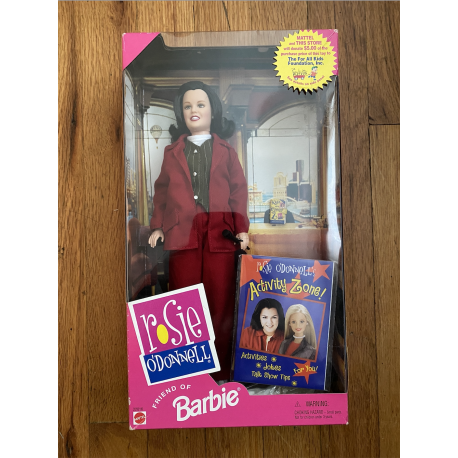 1999 Rosie O'Donnell Friend of Barbie Action Figure Collectible. This highly collectible action figure pays tribute to the hilarious comedian, actress, and author, Rosie O'Donnell. This is a must-have collectible for all fans of the comedian and actress!

Rosie O’Donnell is an American comedian, television producer, actress, author, and television personality. She began her comedy career as a teenager and received her breakthrough on the television series Star Search in 1984. After a series of television and film roles that introduced her to a larger national audience, O'Donnell hosted her own syndicated daytime talk show, The Rosie O'Donnell Show, between 1996 and 2002, which won several Daytime Emmy Awards.

We look forward to doing business with you!

Promotions, New Products and Services directly to your inbox